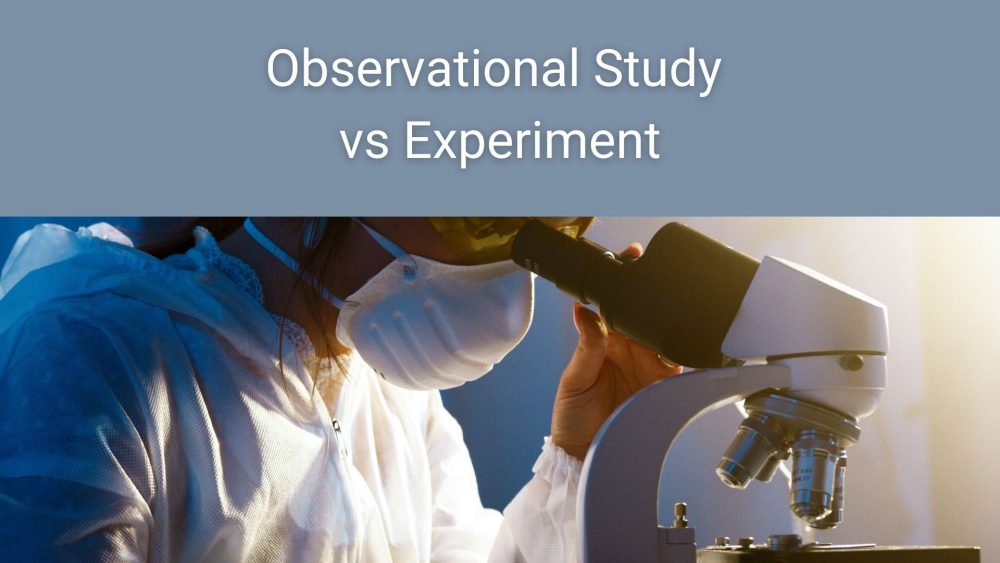 When we read about research studies and reports, many are times that we fail to pay attention to the design of the study. For you to know the quality of the research findings, it is paramount to start by understanding some basics of research/study design.

The primary goal of doing a study is to evaluate the relationship between several variables. For example, does eating fast food result in teenagers being overweight? Or does going to college increase the chances of getting a job? Most studies fall into two main categories, observational and experimental studies, but what is the difference? Other widely accepted research types are cohort studies, randomized controls, and case-control studies, but these three are part of either experimental or observational study. Keep reading to understand the difference between observational study and experiment.

What Is An Observational Study?

To understand observational study vs experiment, let us start by looking at each of them.

So, what is an observational study? This is a form of research where the measurement is done on the selected sample without running a control experiment. Therefore, the researcher observes the impact of a specific risk factor, such as treatment or intervention, without focusing on who is not exposed. It is simply a matter of observing what is happening.

When an observational report is released, it indicates that there might be a relationship between several variables, but this cannot be relied on. It is simply too weak or biased. We will demonstrate this with an example.

A study asking people how they liked a new film that was released a few months ago is a good example of an observational study. The researcher in the study does not have any control over the participants. Therefore, even if the study point to some relationship between the main variables, it is considered too weak. For example, the study did not factor in the possibility of viewers watching other films.

If you are thinking of carrying a research and have been wondering whether to go for randomized experiment vs observational study, here are some key advantages of the latter.

The results from observational studies are also open to a lot of criticism because of confounding biases. For example, a cohort study might conclude that most people who love to meditate regularly suffer less from heart issues. However, this alone might not be the only cause of low cases of heart problems. The people who medicate might also be following healthy diets and doing a lot of exercises to stay healthy.

Observational studies further branches into several categories, including cohort study, cross-sectional, and case-control. Here is a breakdown of these different types of studies:

For study purposes, a “cohort” is a team or group of people who are somehow linked. Example, people born within a specific period might be referred to as a “birth cohort.”

The concept of cohort study edges close to that of experimental research. Here, the researcher records whether every participant in the cohort is affected by the selected variables. In a medical setting, the researcher might want to know whether the cohort population in the study got exposed to a certain variable and if they developed the medical condition of interest. This is the most preferred method of study when urgent response, especially to a public health concern, such as a disease outbreak is reported.

It is important to appreciate that this is different from experimental research because the investigator simply observes but does not determine the exposure status of the participants.

In this type of study, the researcher enrolls people with a health issue and another without the problem. Then, the two groups are compared based on exposure. The control group is used to generate an estimate of the expected exposure in the population.

This is the third type of observational type of study, and it involves taking a sample from a population that is exposed to health risk and measuring them to establish the extent of the outcome. This study is very common in health settings when researchers want to know the prevalence of a health condition at any specific moment. For example, in a cross-sectional study, some of the selected persons might have lived with high blood pressure for years, while others might have started seeing the signs recently.

Now that you know the observational study definition, we will now compare it with experiment research.
So, what is experimental research?

In experimental design, the researcher randomly assigns a selected part of the population some treatment to make a cause and effect conclusion. The random selection of samples is largely what makes the experiment different from the observational study design.

The researcher controls the environment, such as exposure levels, and then checks the response produced by the population. In science, the evidence generated by experimental studies is stronger and less contested compared to that produced by observational studies.

Sometimes, you might find experimental study design being referred to as a scientific study. Always remember that when using experimental studies, you need two groups, the main experiment group (part of the population exposed to a variable) and the control (another group that does not get exposed/ treatment by the researcher).

Here are the main advantages to expect for using experimental study vs observational experiment.

When using experimental studies, it is important to appreciate that it can be pretty expensive because you are essentially following two groups, the experiment sample and control. The cost also arises from the factor that you might need to control the exposure levels and closely follow the progress before drawing a conclusion.

Now that we have looked at how each design, experimental and observational, work, we will now turn to examples and identify their application.

To improve the quality of life, many people are trying to quit smoking by following different strategies, but it is true that quitting is not easy. So the methods that are used by smokers include:

The variable in the study is (I, II, III, IV), and the outcome or response is success or failure to quit the problem of smoking. If you select to use an observational method, the values of the variables (I, ii, iii, iv) would happen naturally, meaning that you would not control them. In an experimental study, values would be assigned by the researcher, implying that you would tell the participants the methods to use. Here is a demonstration:

The results from the experimental study might be as shown below:

From the results of the experimental study, we can say that combining therapy and drugs method helped most smokers to quit the habit successfully. Therefore, a policy can be developed to adopt the most successful method for helping smokers quit the problem.

It is important to note that both studies commence with a random sample. The difference between an observational study and an experiment is that the sample is divided in the latter while it is not in the former. In the case of the experimental study, the researcher is controlling the main variables and then checking the relationship.

A researcher picked a random sample of learners in a class and asked them about their study habits at home. The data showed that students who used at least 30 minutes to study after school scored better grades than those who never studied at all.

This type of study can be classified as observational because the researcher simply asked the respondents about their study habits after school. Because there was no group given a particular treatment, the study cannot qualify as experimental.

In another study, the researcher randomly picked two groups of students in school to determine the effectiveness of a new study method. Group one was asked to follow the new method for a period of three months, while the other was asked to simply study the way they were used. Then, the researcher checked the scores between the two groups to determine if the new method is better.

So, is this an experimental or observational study? This type of study can be categorized as experimental because the researcher randomly picked two groups of respondents. Then, one group was given some treatment, and the other one was not.

This type of study is observational because the researcher took a random sample but did no accord any group a special treatment. The study simply observed the people’s eating habits and classified them.

In one of the studies done in Japan, the researcher wanted to know the levels of radioactive materials in people’s tissues after the bombing of Hiroshima and Nagasaki in 1945. Therefore, he took a random sample of 1000 people in the region and asked them to get checked to determine the levels of radiation in their tissues.

After the study, the researcher concluded that the level of radiation in people’s tissues is still very high and might be associated with different types of diseases being reported in the region. Can you determine what type of study design this is?

Get Professional Help Whenever You Need It

If you are a researcher, it is very important to be able to define observational study and experiment research before commencing your work. This can help you to determine the different parameters and how to go about the study. As we have demonstrated, observational studies mainly involve gathering the findings from the field without trying to control the variables. Although this study’s results can be contested, it is the most recommended method when using other studies such as experimental design, is unfeasible or unethical.

Experimental studies giving the researcher greater control over the study population by controlling the variables. Although more expensive, it takes a relatively shorter time, and results are less biased.

Now, go ahead and design your study. Always remember that you can seek help from either your lecturer or an expert when designing the study. Once you understand the concept of observational study vs experiment well, research can become so enjoyable and fun. 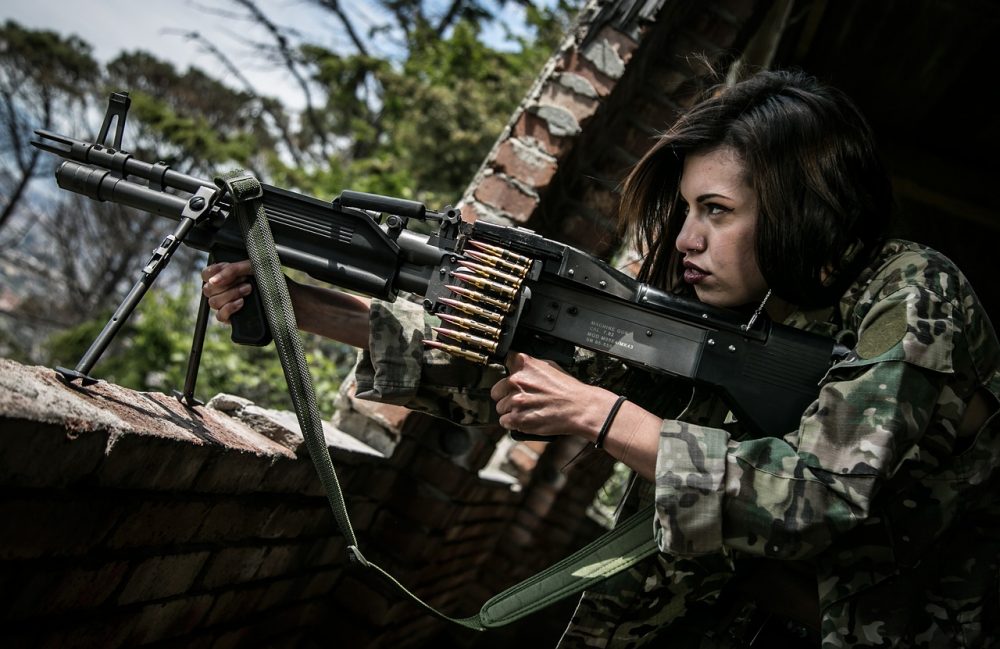 How to Formulate a Research Problem: A Detailed Guide 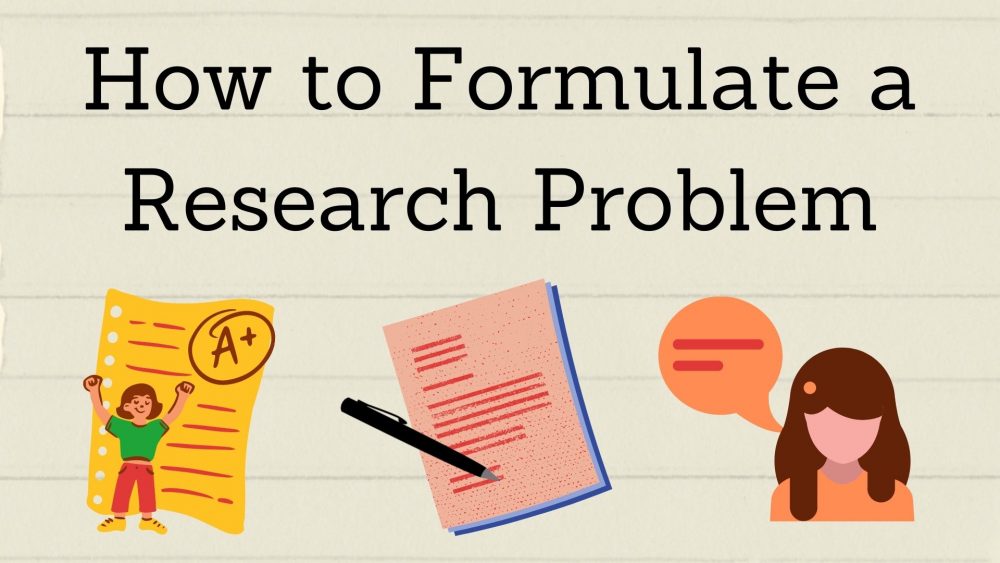 Dissertation vs Thesis: Similarities and Differences 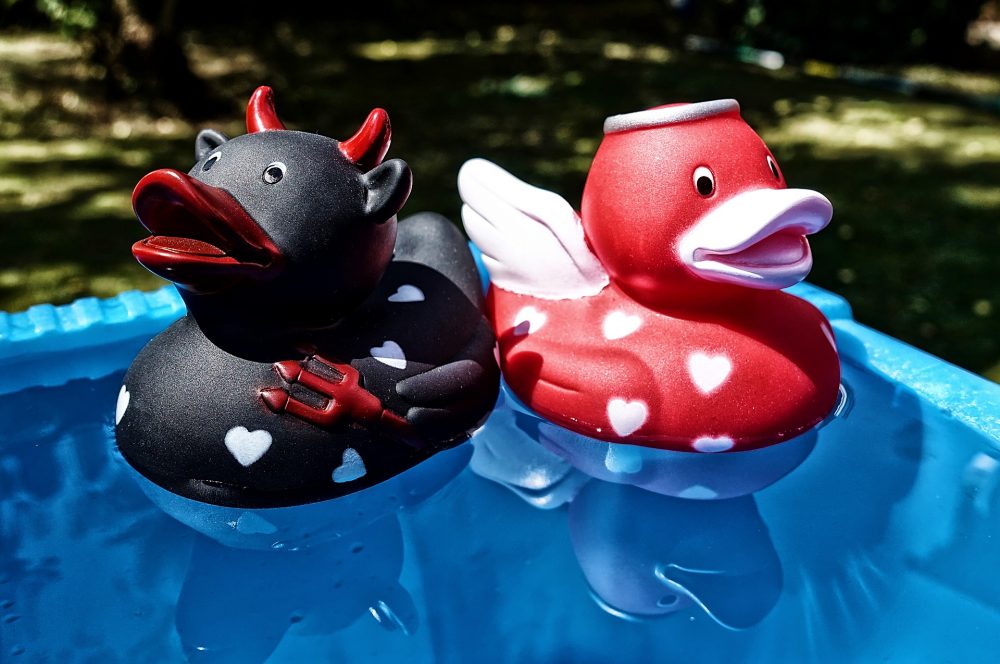 How to Restate A Thesis: Your Detailed Guide

Least Known Ways on How To Choose a Thesis Topic

How To Write A Counterclaim For A Successful Result 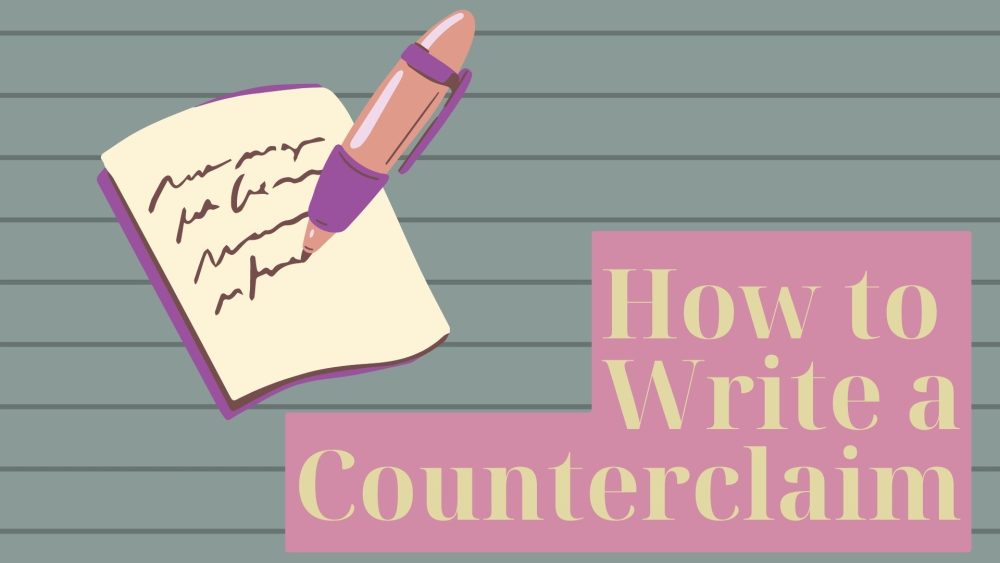 Discussion Section of Research Paper: Everything You Need to Know 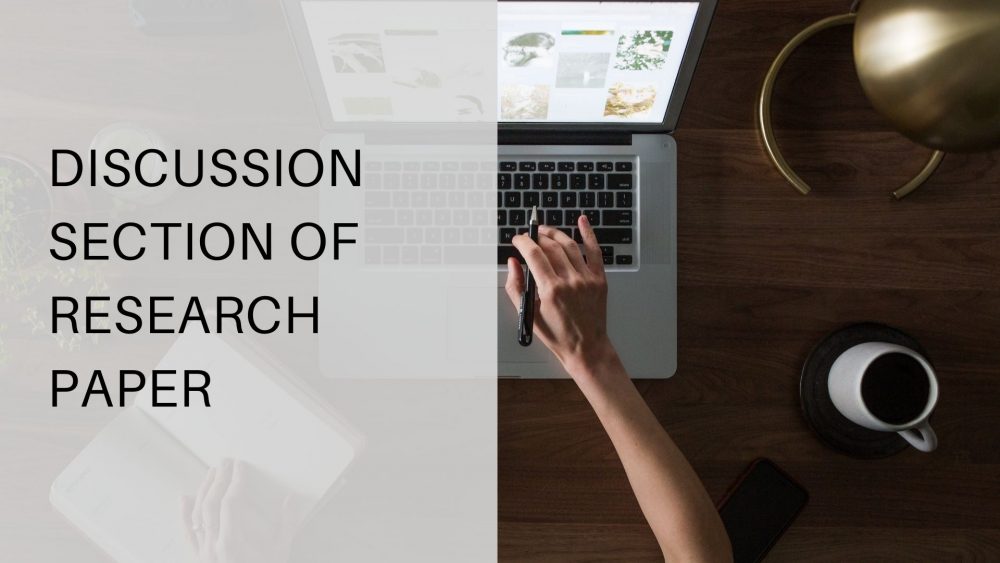 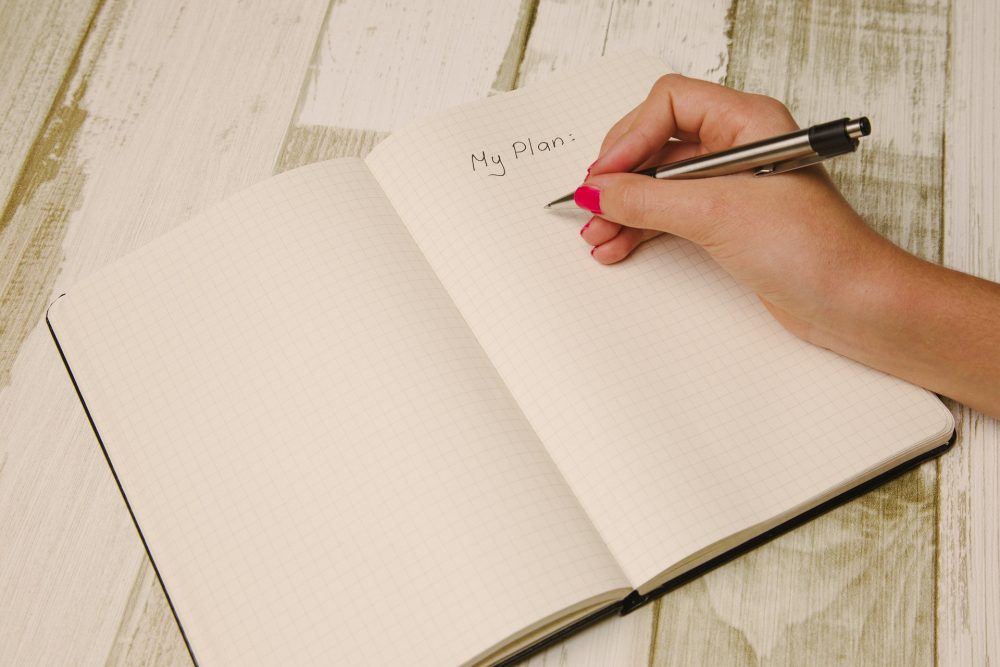 How to Narrow Down a Research Topic Succesfully 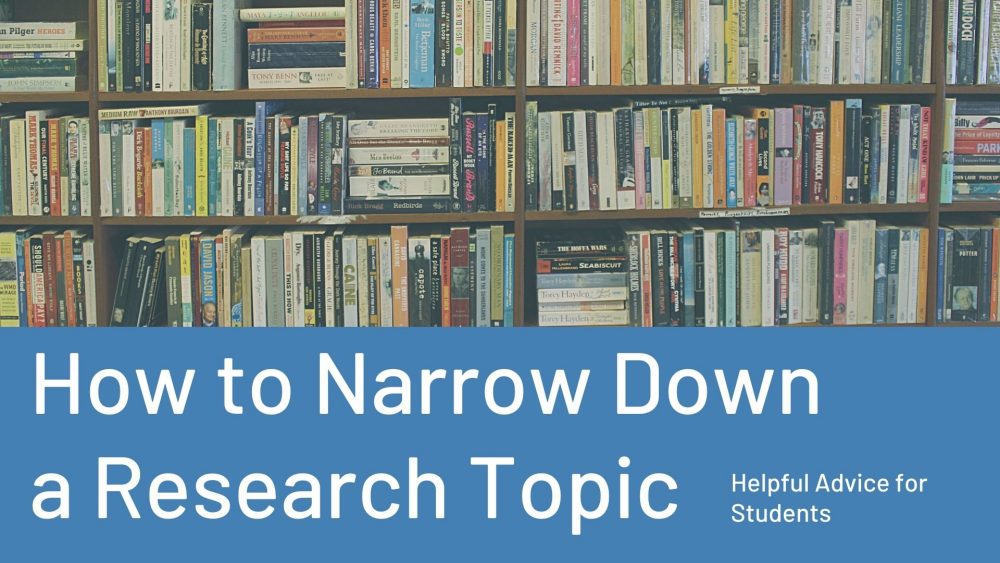 How Do I Write My Literature Review Like A Professional? 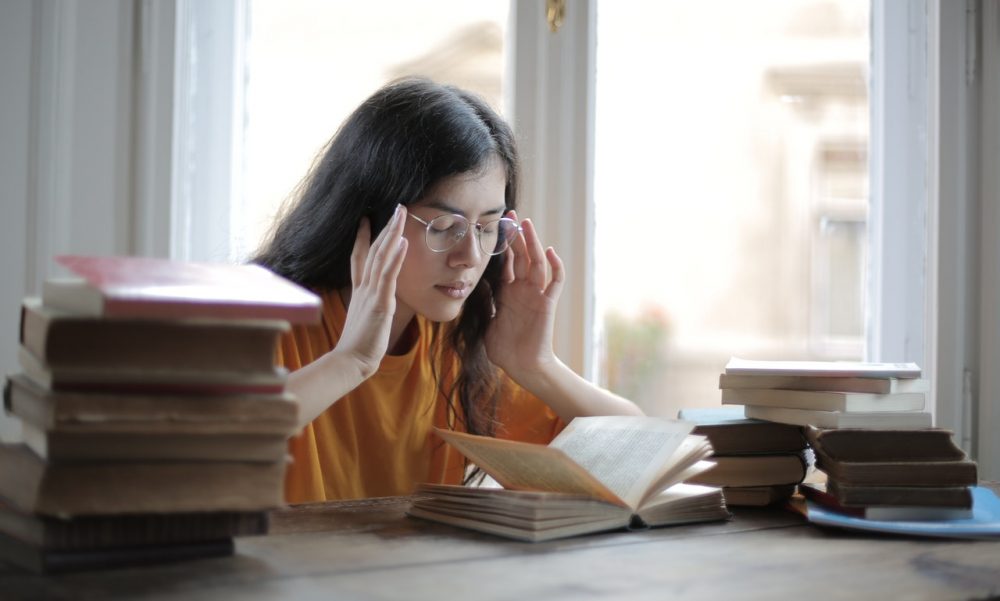